Research shows: what we eat affects the way both our bodies and brains function. Read on to learn what diet choices can help boost concentration in those with attention deficits.

In his best-selling book "Driven to Distraction”, Dr. Edward M. Hallowell, M.D. explains that the simplest and most effective way to limit hyperactive and inattentive behavior in children is to stabilize their blood sugar and decrease the amount of trans fats and rancid fats they eat. (AKA: cut out processed, packaged foods and replace with whole foods like fruits and vegetables.

When preparing a meal, to keep blood sugar even while providing adequate nutrients: 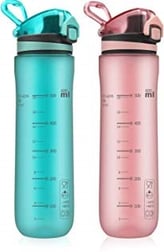 University of East London and the University of Westminster's recent study found that drinking just 300ml of water can boost attention by up to 25%.

In addition, Australian researchers found that children 4-12 years old who drank 500ml or more of fruit juice per day were twice as likely to be overweight or obese as children who consumed none.

So, avoid juices (and other sugary drinks such as sodas, sports drinks, caffeinated beverages, etc) and encourage your child to drink plenty of water throughout the day. Get in the habit of packing a reusable water bottle when going out (the one we've linked is BPA-free, leakproof, shows measurements and can clip onto a backpack at school). And if your child is used to having juices, start mixing them with water to dilute the sugar.

If I had a dime for every time someone has said "Breakfast is the most important meal of day!" to me, I'd be eating a healthy dose of caviar on a silver platter every morning (not really because, well, ew).

In 1998, there was a study published in the Archives of Pediatrics & Adolescent Medicine about the impact that eating breakfast regularly had on children. Researchers found a number of benefits, including improved attention spans, fewer behavior problems, and higher reading and math scores.

Going back to the whole blood sugar thing, it's especially important to include some protein at breakfast to keep levels steady. Too many carbs leads blood sugar to spike, then crash. Combining protein with complex carbs gives the body the amino acids it needs to create neurotransmitters for regulating mood and behavior. 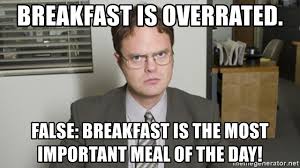 Most nutritionists agree it's a good idea to avoid artificial dyes, flavors, sweeteners and preservatives.

In 2007, the Lancet published a study done on almost 300 children to observe the impact of artificial dyes and additives on behavior. They found in the randomised, double-blinded, placebo-controlled trial that the additives in the diet did result in hyperactivity.

Then in 2010, the European Union began to require a warning label on all food containing artificial dye that states “May have adverse effect on activity and attention in children.”

Luckily, many brands have jumped on the bandwagon of providing additive-free versions of their products. I can only cringe when I think of my 90's-baby snack lineup... 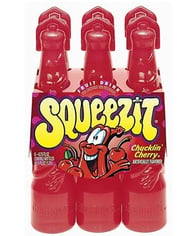 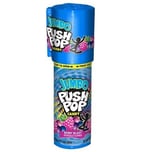 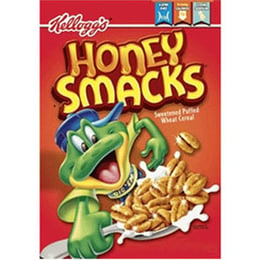 To read more on how to help your child focus, check out our EBook.

Helping Your ADHD Child Focus Without Medication: The Complete Guide

What All Parents Should Know About Persuasive Design